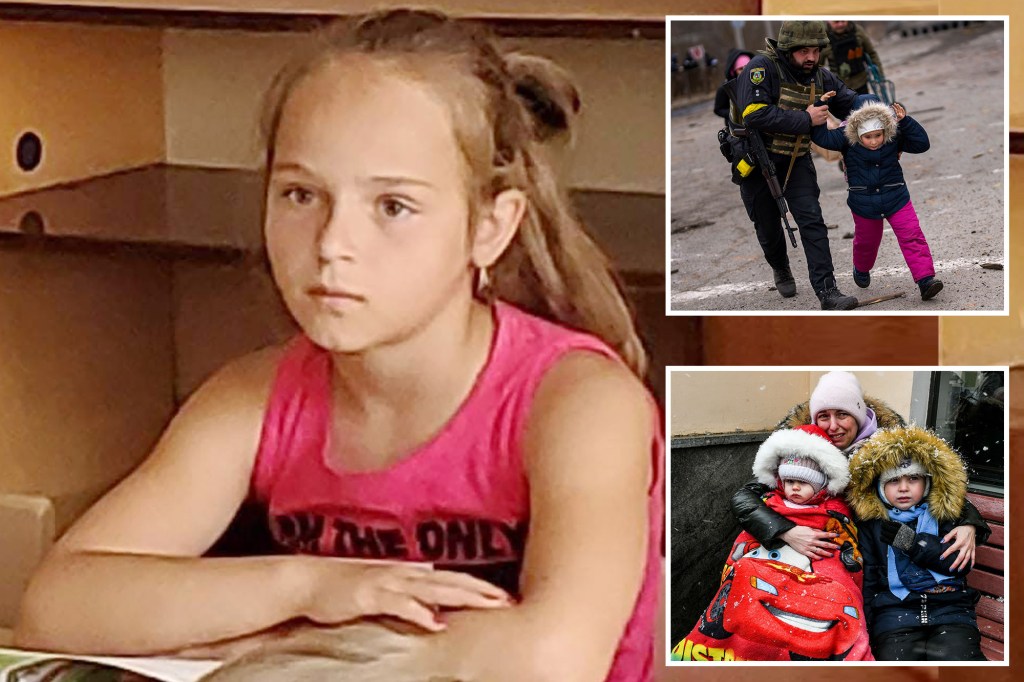 A 10-year-old Ukrainian girl was shot dead by “bored” Russian soldiers who, drunk, fired a volley of shots at random, according to her family.

Anastasia Stoluk, known as Nastya, was killed after invading troops fired on her home in Shybene, about 40 miles north of Kiev, her cousin Anya Stoluk, 18, told The Times of London.

Nastya was killed immediately and an uncle who was with her was also beaten and hospitalized, but the family could not get information about her condition, according to Anya’s adoptive mother, Vera Dmitrienko.

“People say the soldiers were so bored. They even said that to people in the village,” Dmitrienko, 40, told the British newspaper.

“They looted all the shops in the village, of course they took a lot of alcohol from the shops and got drunk and started shooting,” she said.

The February 28 fatal shot may have been triggered by a local teenager who found a gun and fired it into the air, Dmitrienko said.

“The soldiers heard it but since they were so drunk they didn’t know where it was coming from so they started shooting wherever they could see. They fired into four houses, and in one of these houses was Nastya.

The soldiers refused to allow Nastya’s mother, Luba, to come to the cemetery. So she was buried in the yard, the cousin said.

The family also accused Russia of hiring actors to make a propaganda film suggesting villagers warmly welcomed troops into their homes as if they were saviors.

Instead, they claim the invaders forced their way into homes to steal supplies from the village where there is already little food or electricity.