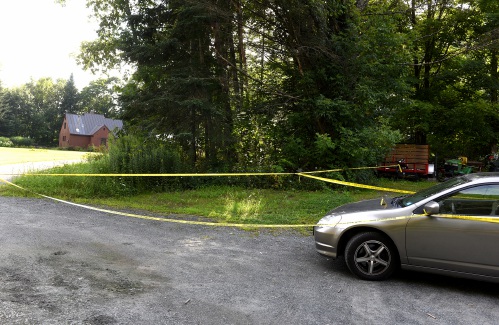 HARTFORD VILLAGE – Investigators have identified the man who was shot and killed by a Hartford police officer on Thursday as Joseph John Howard, 35, of Bradford, Vermont.

The officer who killed Howard was Cpl. Eric Clifford, a 12-year force member who is also the department’s K-9 manager, according to the Hartford Police List.

The shooting happened at around 1:30 p.m. on Thursday outside a house at the end of Paula Street, a small dead end street in the village of Hartford, according to a press release from the Vermont State Police on Friday. Owner Mike Martin told police that shortly after returning home Thursday afternoon Howard, whom he does not know, showed up at his home, confronted him and refused to leave ownership, according to the release. The interaction made Martin “fear for his safety” and prompted him to call the police, according to the press release.

When Clifford arrived at the scene, Howard ignored his orders and instead rushed at him, prompting the officer to spray him with pepper spray, the statement said. Undeterred by the spray, Howard had a physical altercation with Clifford, punching and suffocating him before the officer fired his gun, killing Howard, the statement said.

Clifford was treated for minor injuries and released. He was put on paid administrative leave following the shooting.

When state police complete their investigation, the case will be referred to the Vermont Attorney General’s Office and the Washington County State Attorney’s Office for officials to consider whether the use of lethal force by Clifford was justified.

Messages to Hartford Police Chief Brad Vail for comment and copies of the police report were not returned on Friday.

Police remained at the scene for more than four hours Thursday afternoon, investigating a yard around the facade of a house at 67 Paula Street. Police cars and crime scene investigation vehicles lined the driveway to the house, and officers flew a drone over their heads as they gathered evidence. .

At the start of the driveway, a two-door silver Acura was parked with Vermont license plates and several dents in the trunk. Police installed an evidence marker on the hood of the car and wrapped duct tape around the mirror and doors.

The crime scene tape was removed on Friday morning and firefighters were speaking with a man standing outside the house, but he declined to discuss the incident with a Valley News journalist.