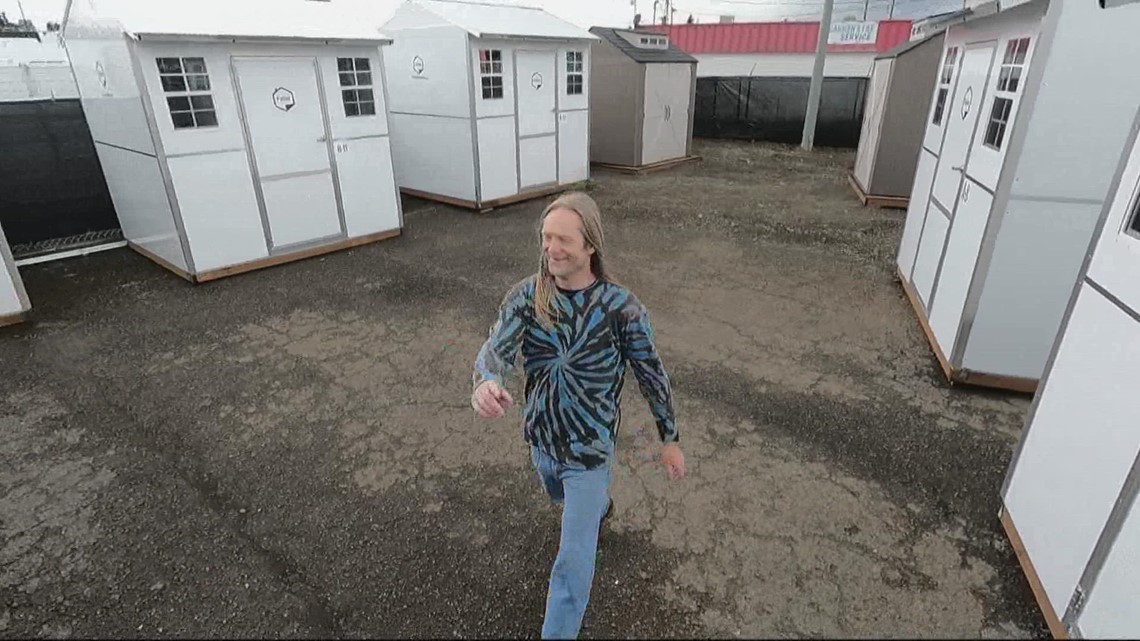 Vancouver’s first Safe Stay community has been running for 6 months. It has served 46 people so far, of which 11 have secured employment and 14 have moved into permanent accommodation.

VANCOUVER, Wash. – Six months after commissioning, Vancouver’s first Safe Stay Community site is clean, organized and safe – a stark contrast to how the area off northeast of the 51st Circle looked before the start of the program, full of camps and tents.

A new report released by the city highlights some of the things that worked well in the first half, as well as some things that could still be improved.

Vancouver’s first Safe Stay community officially marked its six-month anniversary in late June. According to the city report, the village has served 46 people so far, of which 11 got jobs, 32 got health care, 16 got ID cards and one got school diploma secondary.

The final tally of 14 may seem small, but Vancouver Homeless Response coordinator Jamie Spinelli was happy with it.

“I feel like that’s a big number,” she said. “The number of housing shelters tends to be pretty low. People tend to stagnate when they move into a shelter for all sorts of reasons. They feel comfortable there, they have some stability, so they want to stay in. Because they “I’m not on the street, they’re not the target of emergency services – the focus tends to be on people outside. So I think the numbers here are fantastic. Thirty percent ? That’s a good rate.”

In addition to individual successes, the city is touting that the creation of the community has resulted in a 30% reduction in police calls within 500 feet of the camp compared to the same period a year earlier. Calls to emergency medical services also fell by 10%.

One thing didn’t work: not everyone who came to the community chose to stay. Eleven residents left in the first six months. But for residents like Courtney Ligman, the program didn’t just work, it changed her life.

“I couldn’t even look people in the face, because I felt like I had lost a big part of myself,” she said. “And I didn’t even realize it until I came here.”

“I’m going to cry, but getting your dignity back makes a difference. I get emotional because it saved my life,” she added.

One of the former residents, Mike Palmer, said he worked for a temp company but couldn’t afford housing.

“I’m going to be 55,” he said. “I’ve worked all my life. We don’t do any of the extracurricular stuff, we just work. And when you work — when you work and you lose your house because you’re a worker — it’s kind of hard.”

He and his wife slept in parks near Camas, he said, until he heard about the Safe Stay community. The couple stayed in the village for a while and recently moved into their own apartment.

“Oh that’s great,” he said. “I mean, I have the key to my own house. I can come in and out, you know, cook my own food and do whatever I need. But if it wasn’t for this place, being a starting line to get to that place, I’d still be there.”

Ligman, one of the current residents, said she lived in a tent on a trail near Interstate 205 before moving into the community in April. It was a welcome change; life in Vancouver has become much more difficult after the hit of COVID.

“It’s safe, it’s safe compared to my tent,” she said. “I don’t have to worry about people coming in and stealing my stuff. You know when you live in a tent you can’t lock your door. And then if you have to leave and go anywhere , people are constantly going through your stuff trying to get you. So…it’s a safe place.”

She felt less than human in her tent, she said, her dignity and hope stolen. Not anymore.

Across the river in Portland, the city is at a similar early stage in rolling out its own Safe Rest Village program, with similar lessons to be learned about what works and what doesn’t.

Portland has planned six Safe Rest Villages, but so far only one is operational near the village of Multnomah in southwest Portland. It opened in June, and the near-immediacy was met with a hiccup – in July the feds said the community had violated an earlier deed restriction for the site.

“We have assembled a team, screened over 100 sites, selected and obtained permits for the use of six sites, opened a Safe Rest Village, have two under construction and the other three are in the planning/permitting phase”, said a city spokesperson. said in a statement.

A life-saving cancer treatment out of reach for rural populations