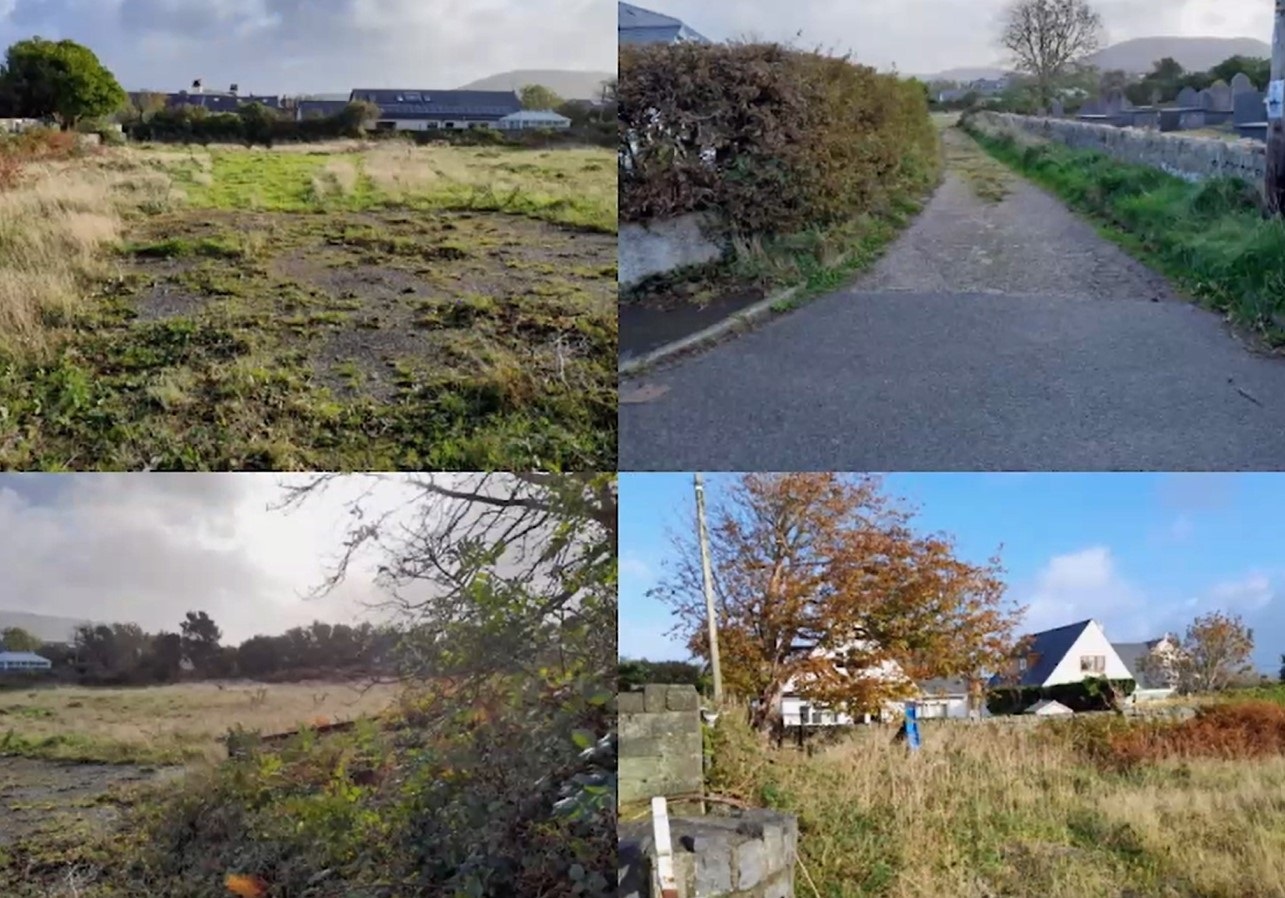 Plans to build ‘half a million pound houses’ in a seaside village in Llŷn have again been rejected amid calls to stop it ‘becoming another Abersoch’.

The Cyngor Gwynedd planning committee has rejected a request to ‘erect seven dwellings and associated works’ in the former Eglwys Santes Mair in Morfa Nefyn.

The plans have been submitted by Commercial Development Projects Ltd through agent Sioned Edwards of Cadnant Planning. The scheme, at the Lôn yr Eglwys site, would see two three-bedroom houses awarded as ‘affordable’ and five free market dwellings, mostly three-bedroom and one four-bedroom.

The plans were an updated version of a previous proposal turned down last year.

The plans had followed Gwynedd’s 2019 approval of the demolition of the Church of the Resurrection of Our Savior in Morfa Nefyn, after it fell victim to a sweeping closure program announced by the Bishop of Wrexham three years earlier.

Concerns were raised that the houses were “out of reach of local people“, there was tight access, traffic problems and a potential impact on residents and users of Lôn yr Eglwys and Ysgol Morfa Nefyn .

Planning officer Aneurin Rhys Roberts described the application as saying it was on a brownfield site within the boundaries of the development.

Access was offered from an existing private road leading from Lôn Yr Eglwys, past the primary school.

The main considerations were whether the new plans met local housing needs and would support and promote the Welsh language.

However, Mr Rhys Roberts said the five free market units would add to an ‘oversupply of housing in the village’.

Although the Strategic Housing Unit confirmed that there was a local need for houses of the proposed scale.

But, Mr Rhys Roberts said: ‘There is no certainty that it will be local families who will occupy the houses.

Homes ‘were likely’ to sell for higher than local prices, based on average neighborhood income

‘The Welsh language unit also thought they would be out of reach for most locals to buy,’ he said.

It concluded that the accommodation did not meet the requirements of local housing policy and would “likely have a detrimental impact” on the Welsh language, and recommended rejection.

Constable Sioned Edwards spoke for three minutes saying it was ‘not viable’ for the claimant to provide 100 per cent affordable housing but they had provided 30 per cent more.

The applicant was also “committed” to a local marketing strategy and the units would not be marketed nationally until the local population received the first refusal.

She said there was strong local demand for this size and type of home from families in the area.

He described the site as “a small parcel of land, less than an acre, not suitable as a location for seven large houses, with driveways and parking.

“There is no suitable access, no way to widen access, it is impossible for two cars to pass, let alone an ambulance or a fire truck.”

He also pointed to the busy road, close to Lôn Eglwys – Church Road, where cars are parked on either side, adding that there was a “real risk to the safety of parents and pupils”, if the site was developed and had concerns on two trails in the area.

He added there was an “amenity impact” for locals, as the proposed homes would overlook gardens and rear lounges.

“If there ever was excessive development, this is it, there is no demand for five of the houses,” he said.

“The agent said there was ‘high local demand’ but not for the prices quoted, at maybe half a million at a time. I speak on behalf of the people of Morfa Nefyn, no one can relate. pay them.

‘It was also ‘against’ policy as only affordable housing was allowed. Many villagers are against the plans, no one wants to see Morfa Nefyn turn into another Abersoch – a place where houses are empty for half the year.

“People are struggling financially, there are at least 15 houses for sale in the village beyond the reach of anyone local. This would certainly cause significant harm to the local community and to the Welsh language.

“The initial request was refused – and it was refused on appeal. This one is more or less the same, just an extra house has been turned into affordable housing.

Councilor Gruff Williams offered to follow the officer’s recommendation to deny the request, and Councilor Huw Wyn Jones was “more than happy” to second,

Cllr Wyn Jones added “I remember this was submitted to us a few years ago.” he said. “I remember thinking how completely unsuitable the roads were. What are people going to do to drag their trash cans down the road? »

Cllr Gareth Coj Parry added that the scheme makes no sense, “if garbage vehicles and fire trucks can’t get through”.

A brief discussion ensued on the adopted road statute and policy aspects. A vote to accept the officers’ recommendation to deny the request was then passed unanimously.