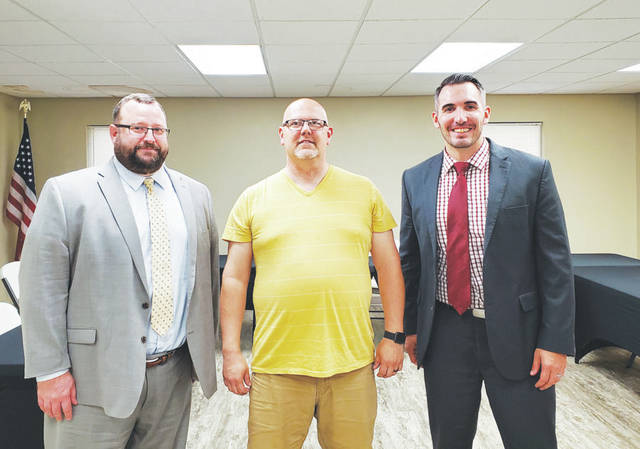 Defender of the People

The West Union Village Council met in a special meeting on June 30 to fill the vacant village lawyer position.

“The purpose of this meeting is for the contract with [the] Law firms of McConn, Cutrell, Purdy and Mayes. They are there to answer all of your questions. We want to solve this problem tonight so that they are under contract from tomorrow, [July 1]Mayor Jason Buda said.

â€œI have reviewed your contract and know it is not set in stone. I was wondering what you thought of an annual contract. The people who are here now are probably not the ones you will see here in six months, â€said City Councilor Donna Young.

Lawyer Thomas Mayes, who would mainly represent the village, assured that this would not be a problem.

“I like to do them from the end of December to January so that I can do [a contract] for the rest of this year, then all of next year. There is also a 30 day outing for each game. [Solicitor work] is something that I enjoyed doing. I know council meetings can be a bit, you know, but when you have a lot of people in a room who care about a village, that’s just how it goes. You all care about it the same, but maybe you have different ideas about what it looks like. Lively discussions sometimes take place. We are here to provide legal advice and legal advice, â€Mayes said.

In a previous meeting, attorney Tony Baker had mentioned that the firm could be hired on a retainer. City Councilor Donna Young asked Mayes to speak on the issue.

â€œWe have a few villages which, when I took over, were set up on the basis of a fixed price for a certain number of hours. Thus, the village only pays this amount. We keep track of our time, and they get that amount of work before we charge for everything; they don’t have to worry about getting itemized invoices. The reason [their former solicitor] put together that way is that it made his salary consistent. He knew he was going to receive a fixed amount of money from the village no matter what. We also have a village that we work with every hour, â€Mayes said.

Based on conversations Mayes had with Baker and Buda, it seemed West Union was more interested in hourly billing, he said.

â€œWe submit an itemized invoice at the end of each month, and you can see what we’re spending our time on. Manchester has a service contract. The benefit they get from the down payment is that I get a bit of a lax billing because I know there is a down payment. They’re probably getting a surplus of the three and a half hours of work, because I’m just starting to work on stuff for them. Sardinia has a reservoir, but not Sinking Springs, they do it hourly. We can do an hour and then move on to a down payment. I know [former Solicitor] Lisa [Rothwell] finally averaged his payout and got OPERS. It’s something else that we can explore later if we see if I’m doing about the same number of hours, â€Mayes said.

City Councilor Jason Francis discussed the contractual elements offered by the company for their services; these points were discussed extensively with Mayes and Baker.

“Any of those other than paragraph three – the ethical rules don’t allow us to accept that – if the board wants these changes, we can make them,” Mayes said.

â€œIt’s 0.1 for every six minutes. If it’s just a one-minute question, I’m not going to write it down. If the mayor or treasurer needs to talk to me and it’s a 30 minute conversation, I’ll charge it, â€Mayes said.

Councilor John Lafferty asked if Mayes and Baker were knowledgeable about zoning.

â€œWe have helped to implement the zoning of Sardinia. I know zoning and how it works. I will need a copy of your orders so that when questions arise I can refer to them, â€Mayes said.

Buda asked if there was a preference as to who to contact.

â€œI’ll be the principal on the contract. Everything will pass through me. Tony is under contract in case I can’t be there. It is integrated like a backstop and on which I can bounce ideas. If something happens to me or if I can’t do it, you’re not left out, â€Mayes said.

The Board discussed whether they were going ahead with the contract on a lump sum basis or on an hourly basis.

A Rothwell motion to suspend the rules was seconded by Randy Brewer, the board agreed.

A motion by Rothwell to hire the law firms of McConn, Cutrell, Purdy and Mayes on a one-and-a-half-year contract at $ 130 / hr with contract revisions was seconded by Randy Brewer, the board agreed to.

A motion to adjourn from Rothwell was seconded by Young, the board agreed.

The minutes of the meetings will be approved by the Board at the next meeting, subject to revisions.