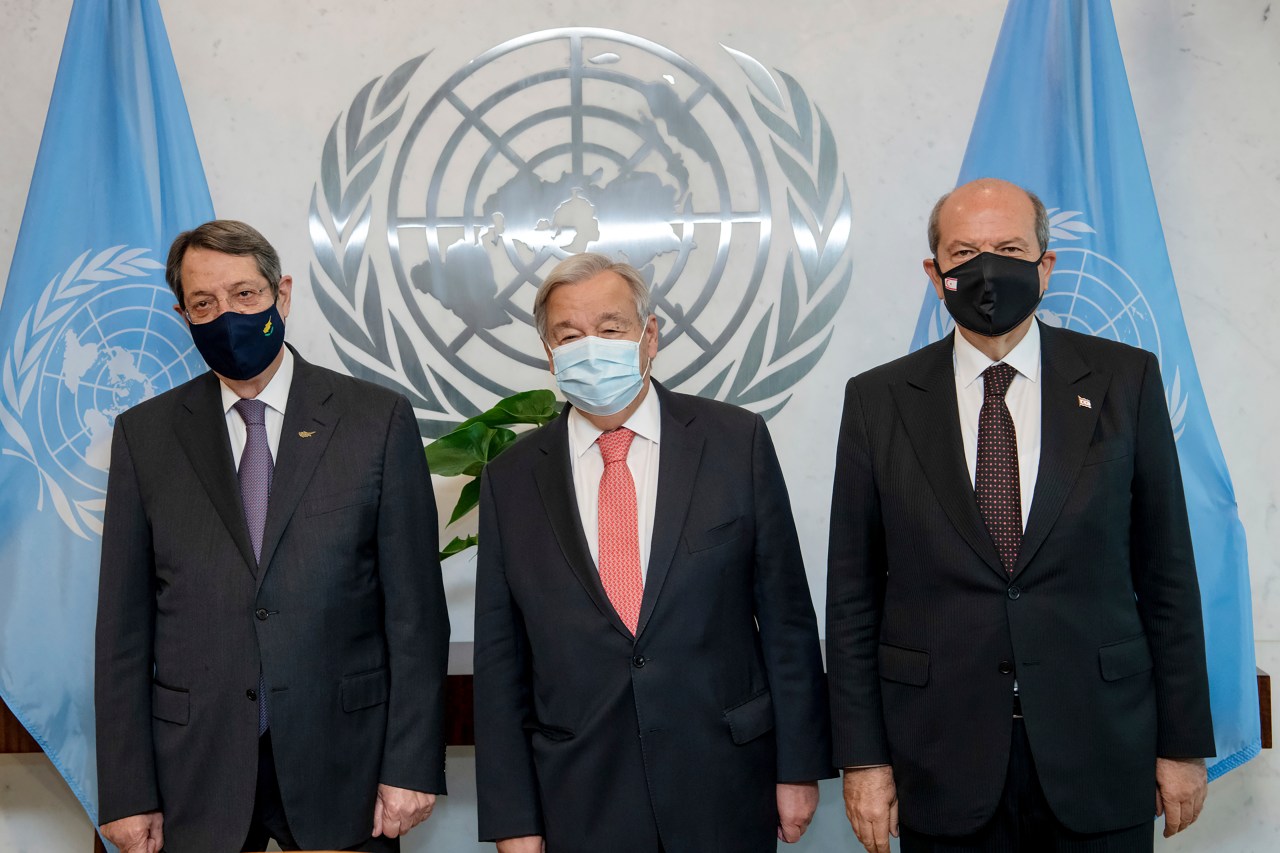 UNITED NATIONS (PA) – Secretary-General Antonio Guterres hosted a lunch on Monday for leaders of divided Cyprus, hoping to bring them back to negotiations to reunite the Mediterranean island nation – talks that have stalled since 2017.

The United Nations did not immediately comment on the discussion. Cypriot President Nicos Anastasiades described the meeting as “creative”, saying the divergence of positions of the two parties had been noted by the UN chief.

Cyprus was divided into a separatist Turkish Cypriot north and an internationally recognized Greek Cypriot south in 1974 following a Turkish invasion triggered by a coup aimed at union with Greece.

Many rounds of UN-mediated talks have ended in failure, with the last attempt at a peace deal in July 2017 to end in acrimony. This meeting also led Turkey and the Turkish Cypriots to seek a two-state agreement. This would instead be pursuing their previously stated goal of reuniting the country into a federation made up of Greek and Turkish speaking areas, which has been approved by the UN Security Council.

“We discussed different ways to overcome the impasse, but also to create the conditions for a resumption of a productive dialogue,” said Anastasiades. He won’t go into details of the discussion, but said Guterres is considering appointing a special envoy who would explore confidence-building measures and “seek common ground for a possible resumption of talks in the future.” .

Cypriot Foreign Minister Nikos Christodoulides said in an interview with The Associated Press on Monday that the lunch meeting was “quite constructive” and also “positive as it shows the Secretary General’s interest in the Cypriot problem”.

He said the Greek Cypriots expect the new special envoy appointed by the secretary general to visit Cyprus and the island nation’s three guarantors of independence – Turkey, Greece and the UK – “to see if it is possible to resume negotiations”.

He said the Greek Cypriots were ready to resume negotiations “even tomorrow” on the basis of Security Council resolutions, and hoped that by the end of the year the new envoy will indicate whether further talks are possible. .

“Without negotiations, we understand, the situation becomes more and more difficult,” said Christodoulides. “The only way to solve the Cyprus problem is to negotiate. “

He said the Greek Cypriots “cannot even discuss” the two-state deal that the Turkish Cypriots and Turkey want because it falls outside the framework of Security Council resolutions and Gutterres’ mandate. The international community has also had a “negative” reaction to the proposal, he said.

“The only viable solution for Cyprus,” said Christodoulides, is as a federation.