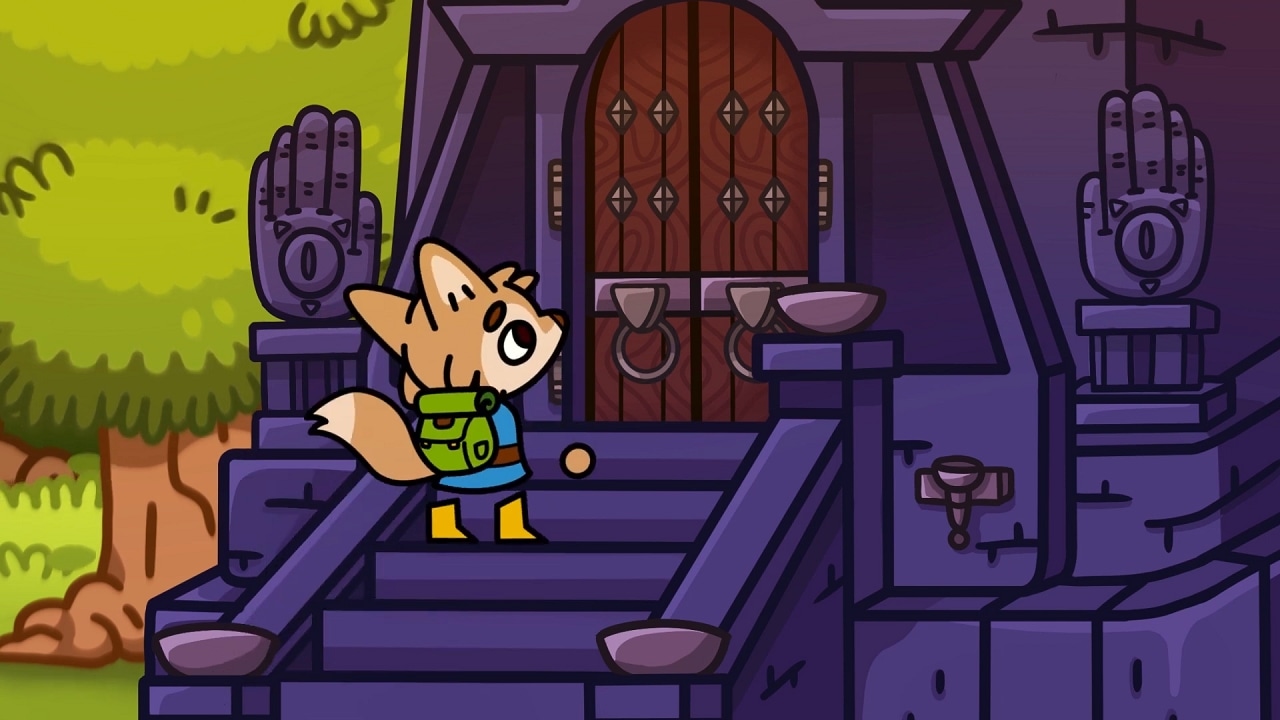 By Christine J. Bradford On Jan 22, 2022
Share
Lonesome Village combines elements of puzzle solving, adventure, and social simulation. It looks like a real treat, so we reached out to developer Ogre Pixel to find out more, with Ogre Pixel’s Steve Duran and Sarah Farga kindly answering our questions.

What is Lonesome Village?

Lonesome Village is a beautiful, puzzling adventure combined with social simulation elements. It is in development and published by Ogre Pixel.

When does Lonesome Village launch?

We don’t have a release date for Lonesome Village yet, but we’ll keep an eye out and update here when we do! Lonesome Village had a hugely successful Kickstarter campaign, raising MX$2,149,219 of its goal of MX$420,000. “The experience was amazing,” say Duran and Farga. “We were lucky that many people liked our project and we managed to exceed the goal of 500% thanks to the support of more than 3,500 people.

What is it about?

In Lonesome Village, we take on the role of Wes the coyote and strive to help rebuild a town that has been mysteriously wiped out. “Lonesome Village is a fantastic story in which the main objective is to help the village and to discover the origin of Wes, that’s why the gameplay focuses on these two aspects: solving puzzles inside from the tower to free the villagers and the social simulation where you interact and befriend them after saving them,” Duran and Farga explain. On the game’s Kickstarter page, we learn a bit more: hundreds years before Lonesome Village, there was the town of Ubhora, which mysteriously disappeared. This disappearance was thought to be the result of The Cult: sorcerers who “wanted to control the world by summoning dark and unknown powers, who ended up destroying them and causing the city to disappear”. Lonesome Village was built where Ubhora had been, and people flocked to live there. “All was well in Lonesome”, we are told, “until until a mysterious giant tower sprung up rise from the ground again, and the people of Lonesome soon discovered that the village wanted to be left alone…”

How does Lonesome Village play?

Lonesome Village took inspiration from the Zelda and Animal Crossing games, so as Duran and Farga pointed out, there are two main aspects: puzzle solving and social simulation. “The original idea was to do something that could well complement and justify each other,” they explain, “so we think the formula of freeing villagers by solving puzzles and then interacting with them is something that mixes the two concepts very well.” You will climb this mysterious tower, go from dungeon to dungeon, save the villagers from the tower, and in your free time customize your home in Lonesome Village, as well as other casual activities. Players will “find social simulations and missions to befriend the villagers you just saved. You can also do other relaxing activities like fishing, crafting, home decorating, mining, dressing up and exploring. All with soft music that will soon be upgraded to the orchestral music we recorded a few weeks ago,” they add. “Wes will be able to decorate his own house with a wide variety of items that he can collect and obtain from villagers. We want the player to let their imagination run wild and be inspired to create a house for Wes so that he can leave his tent behind and live in the village,” conclude Duran and Farga.

So you’ll explore, garden, fish, mine, and more, all while forming friendships with the villagers you’ve rescued from the tower. Interacting with them will open up more opportunities for things like side missions and trading. Lonesome Village will also feature a day and night cycle, with some characters only being found at night. Of all this, we wondered what the Ogre Pixel team was most excited about for gamers. “That they connect with the characters and the story, and find the puzzles fun and challenging,” Duran and Farga respond. “We give a fantastic story full of great moments in which you can see that friendship and helping others is something very big, so we want the player to experience that.”

“There is a very big world to explore full of secrets and details,” explain Duran and Farga. “There’s always something hidden, something to discover, and side quests everywhere.” Lonesome Village features a cute cartoonish art style that adds a real sense of character. “It was the first thing we worked on, a cartoon style was established but at the same time we wanted to add a mixture of mysterious atmospheres with lights and shadows in a colorful setting”, they add. “Characters full of personality are also key to the atmosphere.”

Any news of Lonesome Village’s achievements?

We don’t have the achievements of Lonesome Village yet, but Duran and Farga have given us an idea of ​​their design process. “We want the player to feel satisfaction when solving a puzzle,” they say, “so with this the achievement is not a virtual trophy but an immediate reaction of the game to your action: a a new side quest, a new mission or a new level in the tower.” We’ll be sure to let you know when we have the list of achievements!

What do you think? Will you pick up Lonesome Village on day one? Let us know in the comments!